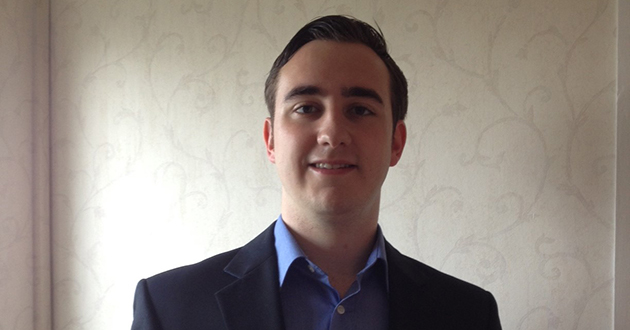 Rhys, from Swansea University, studied at ISIT as part of his METS training (European master in Specialized Translation). He is still living in Paris, working as a communication director.

What was your educational experience prior to starting ISIT?

How did you hear about ISIT?

Why did you choose to study in France and more specifically at ISIT?

On a more global scale, a crucial factor that influenced my decision is my deep interest in France and its rich culture and history. More importantly, I was attracted by ISIT’s professional and ‘of now’ study programme; i.e. the possibility of studying languages alongside more business and diplomatic-related subjects including International Marketing, International Human Resources, and Cultural Marketing Trends. Another reason, of equal importance, was ISIT’s location in the thriving and highly-influential French capital of Paris. My long-term objective is to secure a professional working career in Paris, and thus this opportunity acts as an initial platform on which to build relationships, network, and make potentially-influential
contacts.

What career do you want to pursue?

Within the initial stages of my career, I am trying to remain open-minded and philosophical about potential pathways. I believe that the real asset of pursuing studies at ISIT, and indeed the ‘USP’ of ISIT graduates so to speak, is the fact that one demonstrates their flexibility, their roundedness, and thus their transferable skills, which can be molded according to the sector and the specific role. In a globalized world that is forever more agile, this asset is pivotal for the professional landscape of the future. Ideally, I would like to secure an intercultural role, i.e. in my case, a more diplomatically-oriented post, working within the British Council, l’Institut
Français, The British and/or French Chamber of Commerce, and eventually, the embassies and/or foreign offices.

How does the educational environment here differ from your

The grading system is different since marks are measured /20 rather than lettered grades (A, B, C) or qualified boundaries e.g. 2.2, 2.1, 1st/ Pass, Merit, Distinction.
I was struck by the actual timetable structure in France. I feel it is important to point out that one of my tutors and professors in my home institution implied that the University working week in France is far more rigorous, i.e. there is far more structure, with many lessons, classes, and seminars taking place daily (e.g. from 9am-5,30pm), resembling a professional working day. What I have actually discovered is a timetable structure closely resembling that of my home institution, with a certain freedom and independence granted during the mid-week periods.
I am impressed with the tutor/professor-student relations. I find the established relationship is more formal in France, which is advantageous because it encourages a certain distance, necessary and relevant for each student’s future professional career pathway.

What struck you when you arrived in France?

A more relaxed atmosphere generally walking in and around the centre and other parts of Paris. Métro transportation atmosphere slightly less aggressive than its London counterpart for example.

Responsiveness is different, completing work assignments and group projects at the last minute is generally seen as the norm here, things come together at the last minute and there is a general consensus that ‘everything will work out in the end’. The same goes for emails; responsiveness is not valued as highly, communication
is slower, particularly between students and also between students
and tutors/professors.

Or
If you have linked your account to one of the following social networks, please click on the relevant icon to log in
Not a member yet?
Rejoindre le réseau AlumnISIT